Diabetic Foods You Need in Your Life - Real Medical Help

Diabetic Foods You Need in Your Life

There’s a good chance you don’t think much about diabetic foods. You absolutely should.

Right now, 29 million Americans have the disease but 1-in-4 diabetics are unaware they have it and take no steps to control or reverse it.

Another estimated 86 million people are prediabetic.1

According to the World Health Organization (WHO), the number of people with diabetes rose from 122 million (1980) to 422 million (2014). In 2015, approximately 1.6 million people died from diabetes – but this does not take into account the other causes of death that were directly impacted by the disease (another estimated 2.2 million).2

Diabetes is a global epidemic.

It was once believed that diabetes only affected the elderly or obese. That is patently untrue and a hazardous belief to hold…one that can have deadly consequences. If you’re under the age of 50 and not considered overweight or obese – that doesn’t mean diabetes isn’t a threat!

Over the past three decades, the rate of diabetes has risen globally by staggering amounts. It is running parallel to rising rates of obesity and sedentary lifestyles. More than 68% of those with diabetes will die of cardiovascular disease (heart attack or stroke).4  It is the leading cause of blindness, limb amputation, and kidney failure.5

It’s time to fight this disease before you get it. If you already have it (or suspect you might have pre-diabetes) then now is the time to get busy reversing it! Left untreated, it will kill you.

Type 2 diabetes can be prevented (and reversed) almost entirely by getting your eating plan under control with diabetic foods and getting low to moderate exercise each day. 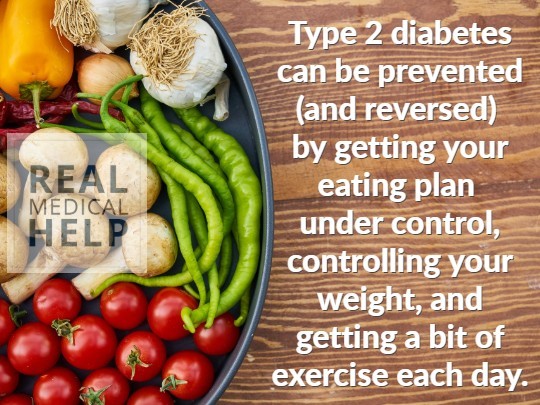 Yes, you read that right. Eating right and mild exercise will prevent (and gradually reverse) this disease that is directly linked to so many other devastating conditions. It’s a fact.

There are many diabetic foods that make winning the fight against this terrible disease a little more attainable. Here are some favorites that will make your new eating plan enjoyable.

With summer in full swing and the holidays seemingly always just around the corner, here are some tips to keep the menu safe for the diabetics in your family (and everyone else).

5 Tips to Protect Your Loved Ones with Diabetes

Most patients diagnosed with diabetes initially struggle to change their way of eating. There’s a simpler method to decrease the bad stuff in your diet while increasing the good things that will help you gain control over your health again.

As a rule of thumb, diabetics should fill half of a 10-inch plate with colorful fruits and veggies. Another quarter of the plate should consist of lean meats, fish, eggs, or cheese. The last quarter can be devoted to starches such as rice or potatoes.

Several of these foods are high in the mineral chromium. You’ll find it in many foods across various food groups. It is one of the most efficient ways to control your blood sugar naturally. By following the “diabetic plate” method of eating (a great guideline for everyone!), you’ll know you’re getting plenty of this valuable nutrient.

A menu specifically intended for diabetics is not only healthy for people with and without the disease, it is delicious! Consider experimenting with ways to enjoy your favorite recipes by substituting diabetic foods! You’re going to be amazed at what you can create!

Such simple things…and you can fight diabetes.

Don’t become a statistic for a completely preventable and reversible disease! Start making changes right now to protect your body by adding these delicious, nutritious, diabetic foods to your diet.

The Danger of Factory Farmed Meat and Dairy

In an age where we are seeing more and more cases of antibiotic-resistant infections, limiting your exposure to the few antibiotics we have is critical. Multiple studies have found that factory-farmed meat is playing a large role in this growing epidemic.What is Antibiotic Resistance?This happens when bacteria, virus, fungus, or parasite survives ...